We have a new name and a story to better reflect our heritage and our plans for the future. Please visit our new website www.guildhawk.com
Home Armed Forces Covenant 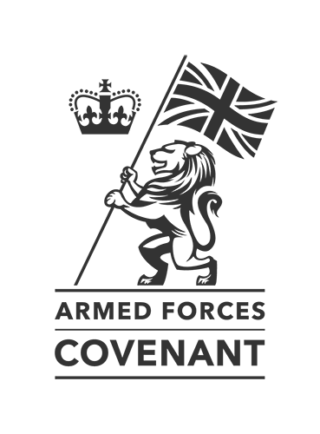 We, the undersigned, commit to honour the Armed
Forces Covenant and support the Armed Forces
Community. We recognise the value Serving Personnel,
both Regular and Reservists, Veterans and military
families contribute to our business and our country.

The first duty of Government is the defence of the realm. Our Armed Forces fulfil that responsibility on behalf of the Government, sacrificing some civilian freedoms, facing danger and, sometimes, suffering serious injury or death as a result of their duty. Families also play a vital role in supporting the operational effectiveness of our Armed Forces. In return, the whole nation has a moral obligation to the members of the Naval Service, the Army and the Royal Air Force, together with their families. They deserve our respect and support, and fair treatment.

Those who serve in the Armed Forces, whether Regular or Reserve, those who have served in the past, and their families, should face no disadvantage compared to other citizens in the provision of public and commercial services. Special consideration is appropriate in some cases, especially for those who have given most such as the injured and the bereaved.

This obligation involves the whole of society: it includes voluntary and charitable bodies, private organisations, and the actions of individuals in supporting the Armed Forces. Recognising those who have performed military duty unites the country and demonstrates the value of their contribution. This has no greater expression than in upholding this Covenant.

1.1 We Today Translation & Business Services Limited (Trading as Today Translations, Today Advisory and Today Academy) will endeavour in our business dealings to uphold the key principles of the Armed Forces Covenant, which are:

in some circumstances special treatment may be appropriate especially for the injured or bereaved.

2.1 We Today Translation & Business Services Limited recognises the value serving personnel, reservists, veterans and military families bring to our business. We will seek to uphold the principles of the Armed Forces Covenant, by:

Promoting the fact that we are an armed forces-friendly organisation both online via our website and at business and social events;

Seeking to support the employment of veterans young and old and working with the Career Transition Partnership (CTP), in order to establish a tailored employment pathway for Service Leavers;

Promoting the role, skills and importance of military linguists in the defence sector by establishing relationships with military units and veteran associations that have members who include military linguists; mentoring veterans, hosting events and publishing articles online.

Striving to support the employment of Service spouses and partners; by advertising roles via veteran support networks.

Supporting our employees who choose to be members of the Reserve forces, including by accommodating their training and deployment where possible;

Offering support to our local cadet units, either in our local community or in local schools, where possible; by supporting recognising staff whose children join the Cadet forces and offering equipment for disposal to the cadet Forces.

Actively participating in Armed Forces Day; by supporting staff who service in the reserve forces to attend event and parades.

2.2 We will publicise these commitments through our literature and/or on our website, setting out how we will seek to honour them and inviting feedback from the Service community and our customers on how we are doing.