A Guildhawk Company. Discover more at www.guildhawk.com
Home Can You Lose Your First Language?

You can’t just leave such a complex machine in the garden through the winter, and then rely on it to get you to work come springtime – you’ll have a rusted mess of a chain and flat tires. 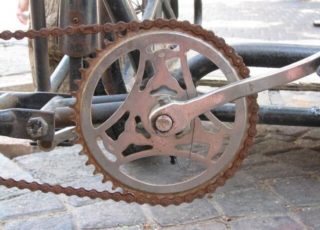 Every backseat language learner knows that same feeling of encroaching grammatical rust in their foreign language.

Having sunk years into linguistic immersion, and automating your manipulation of genders, verbs, and declensions, and perhaps even developing a sense of humour in the language, you can rapidly lose your foreign language fluidity if you stop engaging your mind in the language for an extended period. This phenomenon is known as Language Attrition.

This is to be expected – but what far fewer people expect is that this phenomenon cuts both ways. Just as we can lose our second language, there is interesting evidence to suggest we can also lose our first.

We know that the knowledge of your mother tongue tends to interfere with the process of learning a foreign one. Just think of the inevitable strong accents of adult learners; or even the sheer pathos of watching English native speakers try to get their heads around something that doesn’t exist in our pleasantly streamlined language, like the grammatical genders of Romance languages, or the complex case systems of the Slavonic language family.

Foreign immersion is seen as the Holy Grail of language learning – and with good reason. With added commitment, it is a surefire way to master a language. Nonetheless, after a decade spent out of contact with the speech community in which you grew up, there can be some downsides to this all-encompassing immersion. The point where you think all day and dream all night in the new language is an amazing stage of fluency – but as a consequence you may stop making connections with new vocabulary in your own language, simply because there is no practical need.

In the young globalized world of the 20th century, the spread and frequency of international population movements increased greatly. Now that affordable air travel is widespread, it has become even easier for individuals to settle in countries on the other side of the world, perhaps never to return. Integrating with those new speech communities can have severe consequences for their continuing links to their native one. 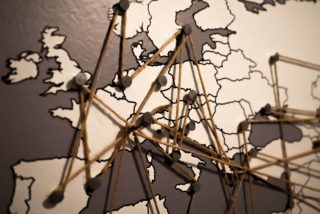 The severity of First Language Attrition can vary widely depending on the circumstances. Initially, it could just affect something intangible about your accent or mannerisms. For instance, I once met up with a Parisian friend who had just moved back to her home city after five years studying in England. Upon ordering a meal, she was congratulated by the waiter for her stellar command of the French language. “But where are you from originally?” After just a few years in England, she sounded like a highly-polished foreigner who had nearly mastered the accent – but not the Parisian she actually was.

While that may have caused her a degree of hand-wringing about her sense of belonging and identity, it is a minor example. A more serious one is that of the bilingually-raised children of immigrants. The difficulties in recalling one language grow in proportion with the amount you are immersed in the second one. Someone might speak their ancestral language only in very restricted contexts, such as with parents and grandparents. When these older generations pass away, they lose their forum to maintain their language at native-level sharpness. This is exacerbated when there is limited other input, such as through websites, newspapers, or television.

Similarly, children who learn a language before the so called ‘critical acquisition period’ that occurs around puberty can quite easily lose it without a trace. Psycholinguistic research from 2003 tested two groups of people in France, of which one consisted of adoptees who had been raised for a time in South Korea, while the other had never had any exposure to the Korean language. When asked to identify Korean sounds and words, the adoptee group fared no better than the French group, despite having been competent in Korean as children. This shows that age can be a defining factor in First Language Attrition.

At the most extreme end of the spectrum is the terrifying phenomenon of total First Language Attrition.

A famous case of this from recent years is that of Bowe Bergdahl. He was a US Marine who was captured by the Taliban in Afghanistan in 2009, and then held hostage for nearly 5 years. Going from English-speaking barracks to an environment where Pashto was the only medium of communication took its toll – when Bergdahl was released, he didn’t just sound non-native in his mother tongue. Although conversant in Pashto, he could no longer understand or communicate properly in English.

Nonetheless, once a first language is learnt, it is hard to shake. Bergdahl’s case was doubtless influenced by the extreme stress and trauma of captivity as a hostage.

In summary, people in foreign language immersion should strive to keep their native language going, because whether you’re a translator or not, to claim native-level command of another language brings the expectation that you will have an encyclopaedic knowledge of that culture. And being stumped by grasping for simple words is an unpleasant experience. Even more importantly, it’s vital to remain in touch with your own culture even after you leave – not just for you, but for kids who come after you.

Here are three ways to make that happen. 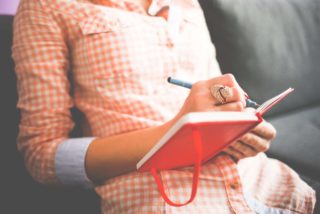 1) Call Home Regularly:If you’re living abroad, even half an hour every week spent talking to family and friends at home can stop the rot in its tracks.

2) Read, Write, Listen: Read a famous book from home. Keep a diary in your mother tongue. Find a radio station for the commute. Small but constant daily input will fill the gaps and constantly replenish your vocabulary in both languages.

3) Language Meet-Ups: Always a viable option, unless you have decided to install yourself out in the sticks. In big cities there are likely to be other diaspora speakers of your language. Meeting up with them could be a surprisingly rewarding experience.