A Guildhawk Company. Discover more at www.guildhawk.com
Home How to win friends and influence people… with emojis

The emoji used to be used as a quick way to send a message to your friends, but now they are finding their way into business communications. Many companies are using emoji to reach out to their target audience, but they have to be used wisely. In our post we have put together the ultimate guide to emoji etiquette and how the correct use of them can not only win friends but also influence people in the corporate world!

Each business is different, so just because you used emojis frequently at your last place of work doesn’t mean that they are suitable with your current employer. Understand what method of communication is acceptable by asking colleagues before you use them in your communications. Using emojis should be reserved for certain situations. It wouldn’t be suitable to use them in communications with a potential client for example. Their use will also depend on the sector that you are in; for example, creative businesses may use them more than a company in a legal or engineering sector.

As a general rule an emoji should be used as much as an exclamation mark would, so your document should not be full of them. Using them sparingly increases their impact. When it comes to important information, they really shouldn’t be used at all. The incorrect use of these little symbols may give others the impression that you are not taking things as seriously as you perhaps should. If you don’t really know the meaning of an emoji do not use it. Some symbols can mean many different things or they could be misconstrued.

Even though the majority of communication takes place in a digital format in today’s business environment, using emojis can certainly help, but always make sure you remain professional. When it comes to using them, it ultimately comes down to the culture, environment and the industry in which you operate, some industries are more likely to use them than others.

So what is the best etiquette to follow when it comes to the use of emojis? In the next section of this guide we explain more; 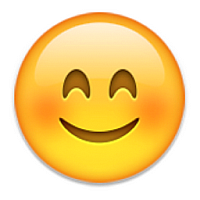 Audience – The first thing you need to consider is whether or not all the recipients of your message will understand them. The classic ‘smiley face’ is pretty self-explanatory, but as we’ll explain later, not all emojis are so straightforward.
Context – An emoji is often used to enhance a sentence so try to use them at the end of your message rather than in the middle of the content.
Personality – Using emojis can help give your communications a little personality. Using emojis can convey feelings or personalities more effectively than a written word.
Words – Where necessary use words, particularly if you cannot communicate clearly using an emoji.
Occasions – Use emojis to celebrate occasions which can prove very effective, particularly when it comes to marketing 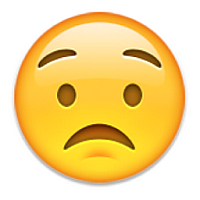 Overuse – Using emojis too often can result in messages that are not understood or wrongly interpreted. It is also not recommended that you replace an entire sentence with an emoji. This can leave too much open to interpretation.
Meaning – In many cultures, a particular emoji can represent different things. Be extra careful when communicating with people from different cultural backgrounds to avoid using an emoji in the wrong context.
Potential PR disasters – Just as a poor choice of words can result in a disaster in terms of marketing or public relations, don’t overlook the potential (mis-)interpretation of emojis.
The unwelcome emoji – Not everyone loves an emoji! It might seem obvious, but don’t keep sending messages containing emojis if you start to suspect the recipient doesn’t appreciate them.
Overfamiliarity – Avoid using emojis in communications with people you are not familiar with

Emojis are used throughout the world by people from many different cultural backgrounds, but it is important to note that not all emojis mean the same thing in every culture.

If you are using emojis it is very important to be aware cultural differences in the interpretation of some emojis.

For example. a trio dangerous hand gestures: The ‘thumbs up’ is considered offensive in the middle east, the ‘OK’ emoji/gesture is rude in Brazil and some other Latin American countries, and the raised hand with outstretched fingers won’t be well received in Greece. However, all of these positive in Western Europe and North America.

The ‘Face With Tears of Joy’, is one of the most used emojis worldwide and was deemed the 2015 word of the year by the Oxford English Dictionary. However, it is often misconstrued to represent tears of sadness.

Before using any emojis, especially when dealing with international clients or customers, make sure the emoji that you intend to use is suitable for your audience. Failure to do so can have disastrous consequences.

When used wisely and in the right context and, the emoji can be a fun way to communicate or emphasise a specific point which is great for marketing. But as with anything, businesses have to be very careful about the emojis they use so they don’t offend people from different cultures.

Although emoji marketing is popular, you shouldn’t get too carried away, especially when it comes to communicating at work. With this in mind though, it certainly wouldn’t hurt to incorporate a smiley face or two into your business communications every now and then. Using emojis is a fun way to communicate, but there are rules that should be observed. It is so important that you fully understand your audience and how they will respond to receiving a message containing emojis.