We have a new name and a story to better reflect our heritage and our plans for the future. Please visit our new website www.guildhawk.com
Home In Praise Of: The World’s Best Writing System

It is one of the more common complaints of schoolchildren. English spelling is a senseless quagmire of silent letters and inconsistent relationships – while those who studied French at school will tend to be unimpressed by claims that ‘all that is not clear is not French’ (attributed to Antoine de Rivarol.)

Let’s face it – while such languages can boast centuries of glorious literary history and cultural achievement, the passage of those centuries has taken its toll on the logicality of our written languages. Alphabetic writing systems, such as the Roman one we use, are nominally based on a phonemic relationship between the symbol and the sound they represent. However, while pronunciations of words can change quite rapidly even between generations, spellings remain very conservative. This simultaneous mix of flux and stasis means that in a very short time, the previously ‘shallow’ or one-to-one relationship between symbol and sound can become wildly warped. 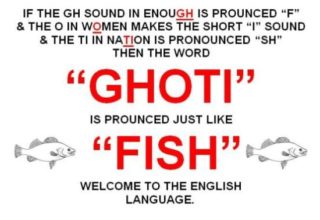 A Logographic Labour of Love

And yet, we’re still nowhere near the bottom of the pile for maddeningly complex writing systems. Just think of the kind of logographic system used in China, where each word’s meaning is linked to its own character (which offers no information on sound structure at all.) The key problem this entails is one of memorization – conservative estimates of the number of non-obsolete Chinese characters hover around 50,000, while a highly educated Chinese person will know, give or take, 8,000 of these. And being able to read a Chinese newspaper at a basic level requires knowledge of just 3,000. Which is fine – but still a massive mnemonic burden in its own right, compared to the 26 symbols we memorise and combine.

But in fact we only have to travel east to one of China’s (fourteen) land borders to find a language that has embraced an unequivocally excellent system.

Korean, the world’s largest language isolate and the official language of both the Republic of Korea and the Democratic People’s Republic of Korea, uses a system called ‘Hangul’ in the South and ‘Chosŏngŭl’ in the North, a system which is so logical, so concise, so peerless that it is widely regarded as one of the best writing systems in the world. It is certainly a source of immense Korean pride, and this writing system has the technical distinction of being the only one in the world with two national holidays – October 9th in South Korea, and January 15th in the North.

Hangul is special on several fronts. Firstly, it is a cross between an alphabet and a syllabary – so the symbols transparently reflect the individual sounds in each word, but are also assembled into clear syllabic blocks (neither of which English does with any precision).

Unlike any other modern writing system you care to mention, Hangul is not a cobbled-together descendent of some previous form. Its unusual history began in the 15th century with a tale of sudden innovation by one visionary statesman – King Sejong the Great, who is credited with masterminding the design of this bespoke system. Although the single origin theory is disputed by some, Sejong certainly had many things to say about Hangul, and he extolled its key virtue of unrivalled simplicity.

“A wise man can acquaint himself with [hangul] before the morning is over; a stupid man can learn [it] in the space of ten days.”

Before 1446, the Korean peninsula did not have their own system of transcribing their native language. As an unavoidable fact of its geography, the Korean Peninsula has always had close cultural links to China, whose own language and writing system was considered a model of prestige and erudition across the region. As a result, the Korean aristocracy had adopted the traditional Chinese hanja characters. Now, a language borrowing the writing system of another one is a rather mundane occurrence; English writing is a modification of Roman script, which is a modification of the Greek system, which in turn is descended from the Phoenician alphabet.

But it turns out that different writing systems are not all equally well equipped to capture the full range of a language’s grammar. A character system works relatively well for Chinese, because it is an analytic language, meaning that words tend to be very small and atomized, so a one-to-one relationship with an image can be established. Efforts to find a functional Romanization for Chinese have stumbled partially because Chinese has untold homophones, which can be distinguished by graphical characters, but less easily with phonemic symbols.

Hanja was, by the way, the most abysmal compromise possible for a language like Korean, which in one very important way is the diametric opposite of Chinese. Where Chinese is analytic, Korean is agglutinative, meaning that new words are formed by ‘gluing’ new elements onto old ones as prefixes and suffixes, and in turn that words can vary massively in length, often being very long. Getting a character system to represent these many complex variations is a bit like enlisting Lionel Messi to regulate an entire country’s tax code – his skills just lie elsewhere.

In 1442 King Sejong lamented that using Hanja for Korean was like using ‘a square handle in a round hole.’

The hanja-based compromise wasn’t just wildly inefficient – it was also at the root of severe and worsening social divisions. The only way to learn this complex system was with years of expensive education, which meant that in practice literacy became the reserve of the wealthiest in society.

Then, in 1446 came the official proclamation by Sejong: “Saddened by this [widespread illiteracy], I have developed 28 new letters. It is my wish that people learn these letters easily and that they be convenient for daily use.”

Sejong’s main goal was to make a system that was easy to learn. Hangul is one of the world’s few featural alphabets, meaning that there is an iconic relationship between the symbol and the sound. In other words, the consonant symbols are based on diagrams of the mouth’s position when they are pronounced. (Some other, er, ‘prominent’ featural alphabets include Pitman Shorthand, the Shavian alphabet, and Tengwar, one of J.R.R Tolkien’s invented scripts. It’s quite a neat idea that is surprisingly rare in the world.)

The ‘t’ symbol is designed to look like the tongue touching the front of the mouth, which is precisely how it’s done. 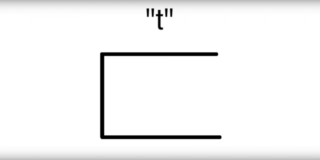 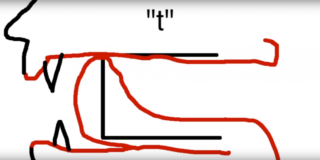 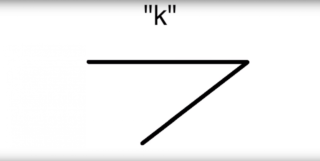 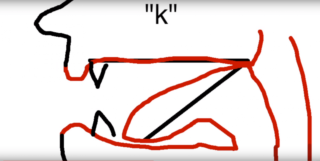 And so on and so forth. It’s all rather neat.

Apart from the consonant set, the remaining symbols are vowel markers, which are composed of just three elements; a horizontal line representing the flat Earth, the essence of yin; a point representing the Sun, the essence of yang; and a vertical line which represents an upright human, seen as the mediator between these two. A few combinations of these three elements account for all the vowel permutations possible in Korean.

As mentioned above, it is an alphabet that is arranged in sequential syllables; so the syllable 한 han might look like a standalone character, it is actually composed of three letters: ㅎ h, ㅏ a, and ㄴ n. The syllabic blocks of Hangul used to be written vertically, copying the prestige style of Chinese script, but now is written left-to-right – and even with western punctuation.

In the interests of brevity, there is even a comic that claims to be able to teach you Korean in 15 minutes – but even that might be generous, once you get into the swing of things.

This fascinating script has had a tangible positive effect on social life beyond plain pride – the literacy rate across the Korean peninsula is exceptionally high – close to 100%. For comparison, estimates about literacy rates in the USA suggest that the figure there is around 86%.

There is, in all this, one important caveat. A writing system ≠ a language. And while in Korean’s case, you can get the hang of the former over your morning coffee, actually learning the language’s grammar will be slightly more devilish. As ever with language learning, the difficulty of one area is compensated for by some other module being simpler. So for the time being, communicating efficiently with partners in the world’s 11th biggest economy by GDP will probably still require expert Korean translators – but now you can recognise the cool history behind what they’re writing for you.