Local interpreters have formed the backbone of the coalition war effort in Afghanistan.

Now, however, they risk becoming the war’s forgotten heroes.

The UK Government’s reluctance so far to introduce a resettlement programme has left hundreds of former interpreters and their families in fear of retaliatory attacks from the Taliban.

In April, Today Translations organised and hosted a panel discussion entitled “Linguists in Battle: A Post-War Dilemma,” exploring the invaluable and extremely dangerous jobs interpreters perform on the frontline. Speaking on the panel was “Mohammed,” an Afghan local and former interpreter to both the American and British armed forces. We have protected his identity for the safety of his family, who are still in Afghanistan.

On the one hand, the story “Mohammed” told was one of physical pain, death and fear. But on the other, it was also a story of inspiring bravery, hope and inextinguishable pride.

“The Eyes and Ears”

Any local who signs up to work for the coalition armed forces knows of the expectations and risks. Interpreters, however, often confront some of the greatest hardships. Of all the employed local population, none are closer aligned to the military than them.

“Life is difficult for everyone who works with the government. But interpreters are seen as the eyes of the infidels,” said Mohammed. “It’s a common expression in Afghanistan.”

However, being “the eyes and ears” for a battalion of troops makes the interpreter the primary target for enemy attacks. There are two reasons for this: first, the interpreter is almost always alongside a high-ranking officer, so taking out the interpreter usually takes out the commanding officer as well.

Second, without an interpreter at hand, communication between NATO and allied Afghan forces effectively breaks down. Fear and a lack of cross-party communication often leads to weapons being blindly fired, as allies begin shooting one another through the clouds of dust.

This happened in “Mohammed’s” third year as an active interpreter. An improvised explosive device (IED) seriously injured “Mohammed” and killed the British commanding officer he had been assigned to. Miraculously, “Mohammed” survived, but in the panic that ensued, he needed to gather all available strength, and shout to both sides to ceasefire.

“Mohammed” required 160 stitches in his torso and a lengthy stay in the hospital. No longer fit for the frontline, “Mohammed” worked as a recruiter for new interpreters, where the horror unfortunately followed him.

By being perceived as “the eyes and ears of the infidel,” the interpreter is essentially in the same bracket as the so-called “infidels” themselves. Among many Afghan locals, that perception is never forgotten and the consequences can be tragic.

It can divide families, as it did “Mohammed’s”. When he was hospitalised following the IED explosion, his grandfather, who has since passed away, refused to see him or speak to him again.

It can divide entire rural populations, as well. “Mohammed” spoke of one interpreter he recruited who was killed in the line of duty. “When the family took the body back to their home village, the locals’ behaviour was horrible and embarrassing,” he explained. “The local preacher warned that anyone who attended the interpreter’s funeral would risk being killed. The family was left alone to mourn.”

Many of the interpreters who worked alongside coalition forces have also received death threats from the Taliban and its sympathisers, some on an almost daily basis. The threats Mohammed received were so severe that in 2011 he illegally fled to England, at a huge expense, leaving his wife and three children behind. The following year he was granted asylum, but only after appealing against the ruling imposed by the Home Office that he should be deported back to Afghanistan.

Although enrolling as an interpreter for the coalition forces has brought many tribulations into “Mohammed’s” life, he remains proud of the role he played in fighting the Taliban and helping to free Afghanistan. 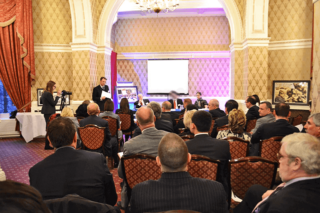 The UK Government is the only nation in the coalition that is yet to introduce a resettlement program for these interpreters, leaving them to fear for their lives and the lives of their family. That fear will deepen when troops withdraw next year.

Despite being granted asylum to the UK last year, “Mohammed’s” family remains in Afghanistan and will remain there until any resettlement scheme is implemented. Hurley described it as “utterly shameful” that the UK allows the local interpreters to still be left in this position.

“Mohammed” is currently pursuing legal action against the UK Government with his representative, Rosa Curling from Leigh Day, on the grounds of discrimination by nationality. In 2009, when troops pulled out of Iraq, 900 local interpreters were granted different types of resettlement, either through financial aid to relocate or through a gateway resettlement programme to the UK.

At Today Translations, we take a great interest in all matters that impact the linguistic profession and were touched by media reports about the apparent absence of a resettlement policy to manage the risks faced by interpreters who have served alongside British armed forces in Afghanistan. Today Translations works with highly talented linguists on a day-to-day basis, hugely valuing their linguistic skills. As such, the firm is seeking to help raise awareness around this important issue.

Click here to see more photographs from the panel discussion.