At a time when I was old enough to know that a decision was required but not quite old enough to know how to make it I was faced with the choice of what to do with the rest of my life. Should I go down the well-trodden academic path or take the uncertain creative track? Even though we didn’t have “no brainer” situations then, it was one. And so, with maximal intuition and minimal rationality, I took the rocky road. And I’ve never regretted it; on the contrary, I constantly celebrate it. I confess to being very wary of anyone with a PhD.

Why am I telling you this? Well, my editor-in-chief at Today Translations suggested I write a piece about an article he found in the MIT Technology Review – “Computational Linguistics of Twitter Reveals the Existence of Global Super-dialects“. (I’m a Viz man, personally).

Computational Linguistics etc., is something that people like me know nothing of. Such matters are the province of academics, specialists and researchers, not people like me whose job description has a line in it about sitting outside cafes and watching women walk by. I recall a late night conversation whilst at art school which revolved around a metaphor in which attainment in the world of academe was likened to climbing up the inside of a very tall Victorian industrial chimney, whilst progress in the arts was likened to shinning up a huge old tree to a vast, sun-lit canopy from where you could walk over a forest of seemingly endless possibilities.

One of which is the ability to see the world of academe for what it is.

“Today, Bruno Gonçalves at the University of Toulon in France and David Sánchez at the Institute for Cross-Disciplinary Physics and Complex Systems on the island of Majorca, Spain, say they have found a new way to study dialects on a global scale using messages posted on Twitter”. (So, it’s not all acid raves and sex on the beach then). 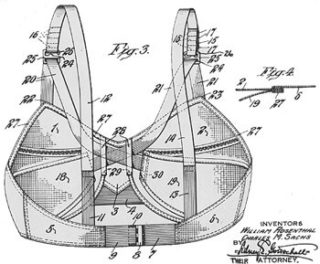 “Their research led them to search tweets for word variations that are indicative of specific dialects. The MIT Review article points out that languages have a wide variety of words for the same thing and are traceable to different geographical regions; they cite examples of computers, cars and brassieres. Apparently the word for a brassiere includes ajustador, ajustadores, brasiel, corpiño, portaseno, sostén, soutien, sutién, sujetador and tallador”.

And apparently, an extrapolation of this information can lead to the assumption that such variations are evidence of the existence of diverse and separate Spanish tribes which each have their preferred linguist option for cars, computers and brassieres and much else I suspect, to the exclusion of any other version and this needs to be taken into account when being addressed as a particular consumer group – and certainly in the translation process. This might have some purchase in the current Middle East where the 21st. century geographical map is overlaid with medieval regional tribal differences which result in beheadings, but in Spain? In Majorca? Come on guys”.

Diversity of language and the choices made in regional settings is a tribute to the richness and variety of human communication. But every user of a language knows the root of it, the RP of it, the good grammar and proper syntax of it despite all the creative liberties that are taken with it.

So, despite the Spanish professors awesome discovery that “brassiere” in Spanish has at least eleven regional variants, every Spaniard will know that be it ajustador, ajustadores, brasiel, corpiño, portaseno, sostén, soutien, sutién, sujetador, and tallador”, it is always a “brassiere”.