On Monday, May 16th, the newly formatted Man Booker International Prize was awarded to Han Kang, the Korean author of “The Vegetarian” – and also to the British translator of her work, Deborah Smith, a PhD student at SOAS. She was kind enough to speak to Today Translations about her surprising journey, and the hope it gives her for future recognition of her profession.

Revelling in a Rule Change
In 2013, the Booker Prize Foundation changed its rules and criteria to allow writers of any nationality to enter for the Man Booker Prize for Fiction, on condition that the work was written in English. A shakeup of the Man Booker International Prize also ensued. Previously, the MBIP was a biennial prize awarded to a text written either in English or having been translated. From this year on, the MBIP is awarded to a single translated book published in Britain, with the £50,000 grand prize being split equally between the author-translator team. This progressive policy will hopefully highlight the role played by translators in uncovering such diverse stories and propelling them into the international limelight and encourage more talent to focus their efforts in a field where the intellectual rewards typically outstrip the financial ones. The Booker Prize Foundation has to be commended for the promotion of this accolade for translators, professionals who so often remain in the shadows and unrecognised for the work they do.

The narrative thrust of Han Kang’s winning title interweaves three sections with three different narrators who all describe a network of normal family relationships plunging into chaos. The heroine Yeong-hye is inspired by a dream to ‘reject human brutality’ by becoming a vegetarian, a single subversive act that creates fissures throughout her family life and catalyses a series of rebellious events that take increasingly strange and terrifying scope. 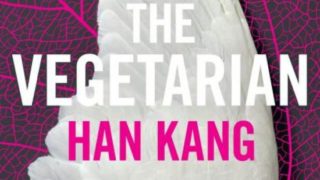 ‘Lyrical and Lacerating’
At the winners’ celebration dinner, Boyd Tonkin, the chair of judging committee, said “In a style both lyrical and lacerating, [the story] reveals the impact of this great refusal both on the heroine herself and on those around her […] This compact, exquisite and disturbing book will linger long in the minds, and maybe the dreams, of its readers.”

“Ms Smith’s perfectly judged translation matches its uncanny blend of beauty and horror at every turn.”

That Ms. Smith has earned such an accolade would be impressive in any context – but given that she started teaching herself Korean under seven years ago, to have scaled these heights already is nothing short of astounding. She started teaching herself Korean in 2010 after graduating from Cambridge with a degree in English, in anticipation of beginning an MA course in Korean Studies at London’s School of Oriental and African Studies.

On her motivations for such a drastic change in academic trajectory, she said she “felt that being monolingual was restricting and faintly embarrassing, though sadly not uncommon in this country.”

A Path Less Trodden to Literary Translation
Prior to her MA, her language learning background was, like many English students, very minimal – she had done the few years of obligatory French at school but has not chosen any foreign language A Levels. “[That] makes it difficult to answer the inevitable question of whether learning Korean was difficult given I had nothing to compare it to.”

“Perhaps I was learning it both through and for the sake of literary works, which are a source of sheer heady joy, and so it didn’t feel difficult for me.”

She feels that to win such a high-profile prize is both an honour for her and a boon to the status of her profession.

“It’s been overwhelming to see the coverage around the prize, and particularly the focus on me as the translator. Several other have said that this recognition feels like a win for literary translation itself and I really do think we’re seeing a change.”

“Earlier this year, I won an Arts Foundation Award for Literary Translation, which was the first time in the 21 years of the prize’s history that this has been included as a category.”

A Victory for the Community
Ms Smith also feels a significant sense of gratitude to the wider translation community and the opportunities that networks of colleagues have afforded her.

“Whatever success I’ve had has been thanks to the support, encouragement, and opportunities I’ve received from my fellow translators, particularly the Emerging Translators Network, so I’m hoping to give back in some small way by establishing an ETN prize, as well as making use of my own newfound connections to increase the public profile, and understanding, of literary translation.”

In addition to these successes, she has found the time to set up Tilted Axis Press, a not-for-profit publishing company focusing on the literary fiction of Asian languages. Their first book, a contemporary Bengali novel, is about to be published.

Growing Publicity for Literary Translators
Annual recognition through the IMBP can only be seen as very positive publicity for the literary translation sector, at a time when the fiction market has been weathering a prolonged storm. Over the last decade and a half, overall sales of fiction have stagnated year on year, with the annual figures for fiction books sold falling from 51.6m to 49.7m from the period 2001-2016.

A more promising statistic is that sales figures for all translated fiction have shot up by an impressive 96% over the same period, going from 1.3m to 2.5m copies sold annually. This kind of growth is belied by the fact that translated fiction is often discussed as some kind of eccentric niche – an opinion that will itself be only of fringe interest soon enough. It would appear now that many fiction titles in translation sell better than those works originally written in English – indicative of a shift in cultural tastes and, with any luck, a brighter future for a generation of literary translators.