A Guildhawk Company. Discover more at www.guildhawk.com
Home What next for the Pharmaceutical industry after Brexit? – TalkEU

As with many others, the pharmaceutical industry is raising concerns about Brexit. Many experts in life sciences and scientific research generally are joining their voices.

The concerns tend to orbit around the potential drying up of Research & Development financing on the British Isles in the event of the UK leaving the EU, as it is possible that external investors might look for alternative routes to supply Europe with funding depending on the outcome of the Brexit negotiations – through any number of countries remaining within the EU. To compound the effect, the EU sources of funds for the UK are also likely to run out soon. The potential impact on pharma industry employees in the UK is also uncertain.

However, we also have to consider that Brexit might change the UK industry regulatory framework. The potential loss of funding, combined with any additional red tape might result in far-reaching impact of pharma R&D in the UK.

According to Deloitte’s Karen Taylor, the pharma industry has reasons to be anxious about Brexit. As Taylor points out, the chief Brexit-related threat to the industry is the potential impact it might have on the R&D funding. Whereas previously, access to the UK market meant, by extension, that of the EU, with Brexit on the horizon, investors might start channelling their funds to Europe through those countries remaining within the Union instead.

Not to mention the EU R&D funding that the UK receives: according to the Financial Times, approximately £8.5bn of European research finance is under threat with Brexit. Considering the many financial pressures the industry has already faced in the recent years, with shrinking R&D opportunities and increasing red tape being just some of the examples, this blow could potentially be deadly to UK Big Pharma. 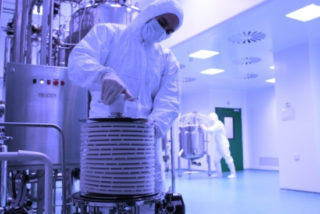 R&D is particularly crucial to the survival of the UK Big Pharma. The industry has always been research-heavy, with fewer new molecules getting regulatory approval in the most recent decades due to increasingly strict regulations. Yet, it is Big Pharma that would suffer the most if financial pressures were to further compound the effect – with 5 of the 10 top R&D companies being in the industry, claiming nearly 20% of the R&D funding, according to the World Health Organisation.

Eye for Pharma points to another potential fallout for the industry if the UK leaves the EU: drug prices are likely to increase. Not just in the UK, but the neighbouring countries too. While this might be good news for the industry, the payers won’t be as pleased.

What might follow, according to the Deloitte expert, is Brexit’s impact on the UK industry talent. If UK pharma funding is diverted to other EU countries, then it is likely to drive closures of research centres, and result in a drop of the number of industry jobs on the British Isles.

While it is unlikely that the whole UK pharma is going to end up moving to other countries in Europe, some jobs, especially those where funding cuts are most likely to hit – R&D – are at quite a high risk of being moved if local centres are looking to miss out on many sources of funding. The UK’s loss, however, might create new employment opportunities for other research excellence centres across Europe.

Further to that, Taylor notes, we have to consider the impact of the Brexit negotiations on the regulatory processes involved in new drugs approval and resulting access to those new medicinal developments. Presently, the European drugs regulator (EMA) has the power to grant single market authorisations, which have the potential speed up EU-wide new medicine approvals. Depending on the details of the final Brexit deal, it is possible that the EMA’s EU regulatory framework will include the UK in some form. While it is still unclear what Brexit deal Britain will achieve by the end of the negotiations process, the impact of changes in the regulatory framework on the UK pharma industry could be enormous, with more limited or delayed access to new compounds being just the first one that comes to mind. 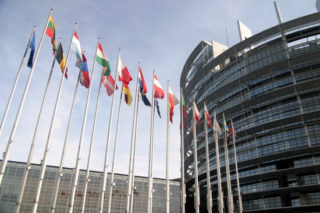 According to PharmExec’s Eleanor Biggs, this is possibly the biggest Brexit-related threat to British pharma, considering how heavily regulated the industry is. With the EMA’s regulatory processes allowing fast track approval of medicines in areas of high unmet need, the UK might potentially miss out on quick access to new drugs in areas where these are most needed. In addition, Biggs points out, the EMA head office is currently based in London, which makes it possible that further loss of regulatory status for the UK would follow Brexit.

It is important to note that not all voices in the debate are negative, as Biggs notes. The potential positive outcomes of Brexit could be more UK healthcare industry decision power in regards to the R&D choices and the implementation of funding.

However, all of this is merely speculation at this stage. It will ultimately all depend on what Brexit deal the UK leaves the negotiating table with. It is too early to tell whether the UK’s relationship with the EMA will change, or how, if it does. A good deal for Britain would mean that the regulatory rules stay the same or largely similar.

Nevertheless, the level of uncertainty at present is not healthy for the UK Pharma. Prior to the referendum, 90 of the industry’s big players co-signed an open letter in support of the Remain campaign. The difficulty of planning with the exact details of the Brexit deal still up in the air makes the industry, alongside all the other life sciences, feel insecure.

In either case, the pharmaceutical industry is a truly global one now. Whether the Brexit deal will introduce some additional regulations or not, the UK will still remain a part of that global industry in one form or another. If the regulator changes and the EMA moves out of London, the UK might have to create some additional jobs in order to deal with the new regulations and the newly externalised market of the EU. In the event of a soft Brexit, the regulator’s remit in the UK might largely remain the same but the UK might still have to find alternative sources of funding, as EU funds would still be channelled elsewhere. The hope of the Big Pharma is that the changes can be kept to a minimum, as the UK wouldn’t be the only country affected by Brexit in this global industry.

This article is part of the TalkEU series. TalkEU will answer a wide range of questions, so don’t forget to keep checking our blog for more information and answers.