We have a new name and a story to better reflect our heritage and our plans for the future. Please visit our new website www.guildhawk.com
Home Staff Dr Annaik Feve 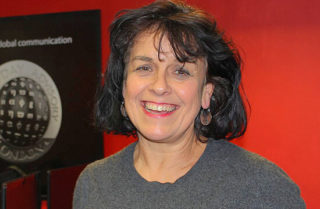 Dr Annaik Feve is Today Translations’ consultant on Neurology.  As well as practicing Neurology and Psychoanalysis, Annaik is the founder of Neurofinde, which advises auditors, investigators, lawyers and compliance officers on the psychology of teams and individuals. She also consults on interview techniques for FIS Forensic Interview Solutions, on the psychology of risk and compliance for RANE (Risk Assistance Network + Exchange), and on psychological conditions for the Paris Police Prefecture.

Previously Annaik has been a Resident and Attending Neurologist at APHP Henri Mondor Hospital, as well as the Head of the Parkinson’s disease unit at Hospital Leopold Bellan. She has also lectured as an Associate Professor in Neuropsychology at Paris General Hospital and Université Paris VI.