We have a new name and a story to better reflect our heritage and our plans for the future. Please visit our new website www.guildhawk.com
Home Staff Jurga Zilinskiene 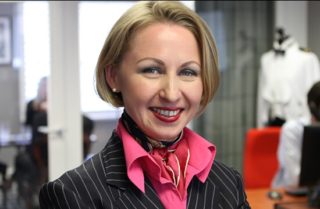 Jurga founded the business in 2001 while still at university and using her own savings. Since then, her leadership has seen the company grow and spread across 4 continents. A self-taught coder, Jurga has personally led the development of many of Guildhawk’s technological solutions and offerings herself.

Early in her career, Jurga was awarded the Shell LiveWIRE award for young entrepreneurs. The judging panel clearly saw Jurga’s potential at the time, as her continued business success saw her invited back in 2015 to judge that year’s competition.

Jurga has attended Harvard Business School and the University of London. In 2019, Her Majesty Queen Elizabeth honoured Jurga with membership of the Most Excellent Order of the British Empire (MBE) for International Trade.