We have a new name and a story to better reflect our heritage and our plans for the future. Please visit our new website www.guildhawk.com
Home Staff Samantha Stevens 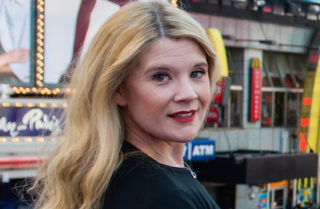 Consultant on the Performing Arts

Today Translations’ Consultant on the Performing Arts, Samantha Stevens, had always dreamed of Broadway and is well on her way to achieving her dreams in New York.

She left London in 2016 to accept a scholarship to study Musical Theatre at the prestigious AMDA (American Musical and Dramatic Academy) in the heart of Manhattan.

Since graduation she has been a part of developing new musicals for Broadway, worked with Creatives from Broadway hit show Waitress, mentored by stars such as Eddie Korbich and Forbidden Broadway’s genius David Caldwell, regularly sings in swanky jazz clubs across the city, and her next project will launch in the Heart of International Women’s Month.